As part of a regular maintenance routine, its important to frequently run a test print to check the condition of the head and nozzles in your Mimaki solvent printer.

To run the test print, select function two on the onboard control panel and click on ‘Test print’.

Once ready, the printer will fire all the nozzles on both heads to produce the print. Once the test print is complete, check the pattern to see if any of the lines are missing.
The pattern corresponds to nozzles within the printhead. Any parts of the pattern missing means a nozzle is not firing correctly.

With our printer, head one is fine but head two has a number of black nozzles out. To clean the head and get the nozzles firing again, use the control panel and from the menu, pick ‘Cleaning’

There are a couple of options here to pick from.

If it was just a few nozzles out, I would start with a ‘Soft’ clean.
Our head though has a full block of black nozzles missing so I’ll go straight to ‘Normal’. The Mimaki lets us control independently which head can be cleaned.

I can deselect Head1as we know that one is fineand just let it clean Head2. After the clean, I’ll run another ‘Test print’ and select ‘Scan Dir’ so it will print the test alongside the previous one to save on media. After printing, you can see the clean has brought back a number of the nozzles and a lot more are now firing. It could still benefit from a further clean and this time I’ll move up to the next level and select the ‘Hard’ clean option. After running the Hard clean, you can see its brought back most of the black nozzles.

There’s still a Magenta nozzle not firing but usually a single one like this will come back during normal daily printing. If your printhead still isn’t throughly cleaned after running the ‘Hard’ option, there are still more powerful cleans.

Its also worth remembering that with the new Mimaki technology, the printhead has a number of spare nozzles within its design.

If necessary, a nozzle that isn’t firing can be easily replaced with a fresh one that will.

If you have any questions or there’s anything you’re not sure about, get in touch with one of our engineers on 01772 250207.

There’s a video on our YouTube channel showinghow to check and clean Mimaki nozzles.

We’ll be posting more there as we complete them. If there is anything you think we should cover, either let us know at sales@granthams.co.uk or on ourFacebook page 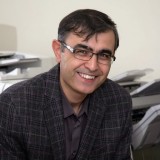 Hi,
As you know, we can’t properly see the yellow test results. I heard there is some kind of filtered flashlight available in the market, Do you know what it is called and where we can find one?
I am in Canada.
Thanks
Metin 24/7 Advertising is an attractive prospect for any business and vehicle graphics are one way of achieving this.
Read More
View Quote Continue Shopping